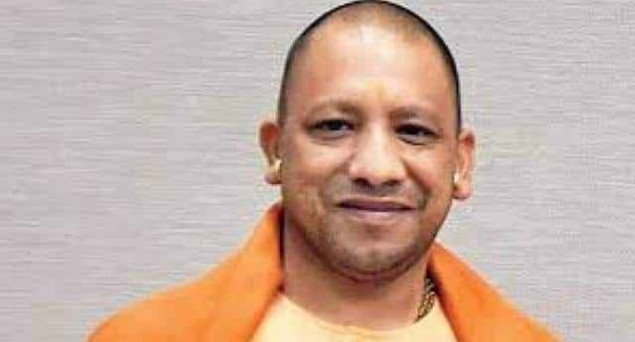 Sunni Trust to invite UP Chief Minister Yogi Adityanath for stone laying ceremony of hospital, school inside the mosque complex


LUCKNOW, AUGUST 10
—The Indo-Islamic Cultural Foundation, a trust set up by the Sunni Waqf Board for the construction of an alternative mosque complex on five acres of land allotted on directions of the Supreme Court within the territorial limits of Ayodhya district, has announced to invite Chief Minister Yogi Adityanath.

The statement came after the chief minister expressed doubts that he would not be invited for the foundation laying ceremony of the mosque. He also that as a Yogi, he would not like to be associated with the mosque and would like to live his life as per the dictates of his own religion. He made the comments in response to a question by journalists after Yogi attended the Ram Temple foundation laying programme at Ayodhya, along with Prime Minister Narendra Modi, in presence of Hindu saints from all over India, on August 5.

But Trust secretary Athar Hussain told India Tomorrow that the CM would be invited for laying the foundation stone of the hospital, school, community kitchen, library and other public utilities to be set up within the mosque complex. The mosque complex would be set up as an laternative of the Babri Mosque whose site has been handed over for Ram Temple through a verdict of the Suprem Court in November 2019.

"On the five-acre land in Dhannipur village, 25 kms away from Ayodhya town, which has been allotted for the construction of a mosque on the Supreme Court's directive, a hospital, a library, a community kitchen and a research centre will also be built", he informed.

"These are public facilities for people of all religions and Chief Minister is responsible for all works done for public utilities, so we will invite Yogi Adityanath as chief minister to lay the foundation stone for these projects", said Hussain.

He hoped that the chief minister would not only participate in the programme, but would also assist in the construction of these public facilities.

Trust member Imran Ahmad, "Ayodhya District Magistrate Anuj Kumar Jha has formally handed over the possession of the land for the mosque to the trust members. We have got a certified copy of the revenue record."

Meanwhile, the Trust has lodged a complaint with the Lucknow police against some malafide posts on social media against the Trust.

Hussain said that some posts were circulated on social media stating that the Trust is constructing a hospital in the mosque complex in the name of Mughal Emperor Babar and Dr. Kafeel Khan of Gorakhpur has been appointed its administrator. Dr. Kafeel Khan, who had a verbal duel with Chief Minister Yogi Adityanath after his suspension from the Gorakhpur medical college hospital in the wake of deaths of dozens of children about two years ago, is currently imprisoned in Mathura Central jail.

Police Arrests Man For Objectionable Comments Against The Prophet

Bahraich police have arrested one Guddu Radhey Shyam Varma on charges of posting objectionable comments against the Prophet of Islam on his Facebook page. A criminal case was lodged in Nanpara police station against the accused on the complaint of one Mufti Abdullah.