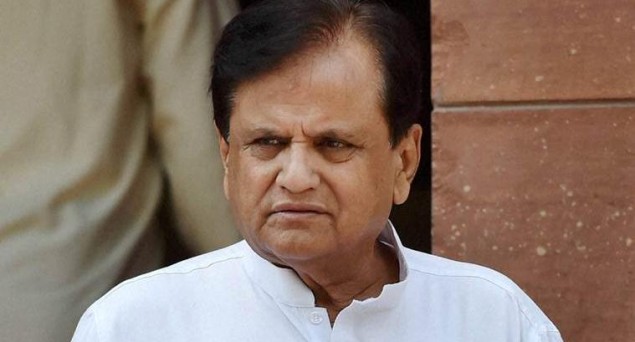 NEW DELHI, JULY 29--Amid the faceoff between the Rajasthan Governor and the Ashok Gehlot government over convening the special Assembly session, senior Congress leader Ahmed Patel said it could set a "dangerous precedent."

Attacking Rajasthan Governor Kalraj Mishra without naming him, the Congress treasurer said, "It is perhaps for the first time in our history that we are seeing a Governor reluctant to convene the Assembly despite aid and advice of the elected Chief Minister."

Patel cautioned that it may lead to a constitutional impasse and set a bad precedent in the democratic history of the country.

"If this dangerous precedent is allowed, what will happen if the Rashtrapati (President) refuses to summon Parliament despite the Union Cabinet recommending it?" said Patel in a statement.

Patel said if allowed it may create chaos and cautioned the Union government on the stand taken by the Rajasthan Governor.

"Governor's current stand that the law gives him a 'discretion' to summon the assembly or not is a complete distortion of the law declared by the courts," asserted Chidambaram.

The Rajasthan Cabinet met on Tuesday and drafted its reply and sent the letter to the Governor for the third time requesting him to call the session on July 31. It is now waiting for Raj Bhavan's answer.

"The government said that the Governor cannot question it, yet we are answering his queries. As far as the 21 days' notice is concerned, 10 days have already passed, yet the Governor has not issued any date. If the Governor does not accept our proposal this time, then it will be clear that there is no Constitution governing the nation," Patel said.