Maharashtra Government Yet To Begin Work On Rs. 100 Crore Skills University For Muslims 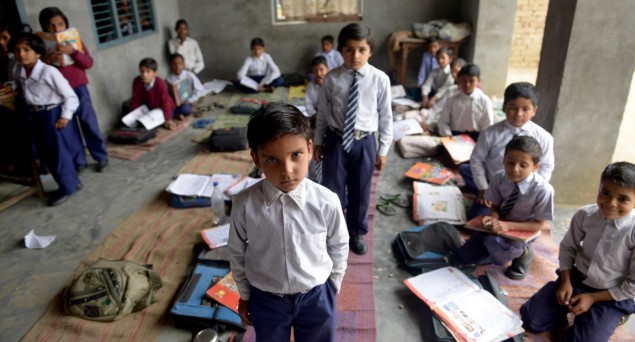 PUNE, OCTOBER 6—It has been more than a year since the Maharashtra State Government issued an official notification announcing establishing India’s first National Skills University for Muslim Minorities to be set up on 100 acres of land with an initial corpus fund of Rs 100 crore but things on ground are far different.

Despite the announcement, the government has not moved forward in acquiring land for setting up of the university which was initially slated to come up in Aurangabad.

The government announcement was made on proposals forwarded by retired Chief Commissioner of Income Tax Akramul Jabbar Khan and Maharashtra Waqf Liberation and Protection Task Force President Saleem Mulla. The duo have now demanded that the state government set up the university at any place in Maharashtra where waqf land is available.

Earlier, they had demanded that the university be set up on over 45 acres of waqf land in Kondhwa, near Pune, and moved a proposal before the Chief Minister’s Office in 2017. But the government announced that it would  set up the ambitious project in Aurangabad.

Demanding that the university be set up at the earliest, Khan said, “Muslim young men from lower middle classes do not have the appetite for degree or even diploma courses. But they do have a better ability and capacity to learn and excel in trades and services to join the market as early as possible”.

“The proposed university shall not only produce skilled tailors, designers , carpenters , mechanics, repairers, medico support staff etc but teachers of skills, marketing, management of shops  and  business etc qualified enough to expand all over the country," he said. Khan is one of the leading voices on Waqf in the country and an advisor to a number of prominent NGOs working for the empowerment of the Muslim community.

Saleem Mullla said, “We want the university to start at the earliest as there is a 50 year old skill gap for the Muslims which we want to bridge through this platform. This university will change the face of the Muslim community in India and make the young educated Muslims graduating from the university to be most sought after human resource personnel. Unfortunately, the Muslim-run educational institutions in the country have become centres of corruption and family enterprises where the community interests have been completely sidelined. The so-called Muslim educationists are redundant and responsible for Muslim educational backwardness in the country and the state. In this scenario this skill-based university will give a new direction to the educational needs of Indian Muslims at large. We are surprised that university construction has been delayed,” he said.

According to the proposal sanctioned by the State Government, the university will be offering full-time programmes to 50,000  students  who will be admitted in the skill-based learning courses on the  campus. The founders have  proposed to start  50 departments  like police studies, forensic sciences, environmental sciences and climate change, social sciences, management studies, interfaith studies, faculty of engineering and technology, faculty of oriental medicine, faculty of paramedical studies, faculty of law, faculty of education, faculty of media studies, faculty of dance, drama and music, fine arts, fashion technology and cosmetology, agriculture, science, emerging science and technology, language studies and faculty of library and information sciences. The Skills University will include a mammoth department on Robotics and Artificial Intelligence. A 200-bed hospital including a 24-hour OPD for the university has also been proposed. Khan and Mulla have requested the government to allot of 200 acres of land and increase the funding to Rs 500 crores for the first phase of development.