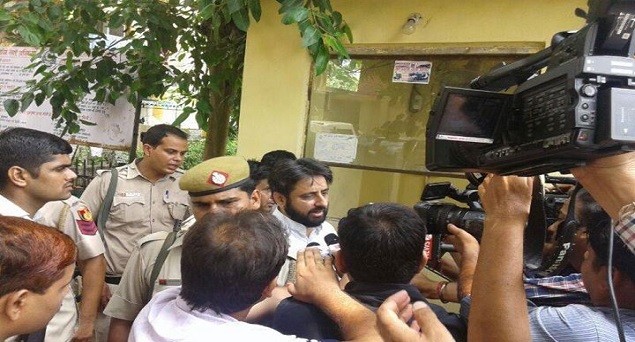 Mr. Khan was arrested following his written statement wherein he admitted he had created the posters and hoardings condemning three Muslim MLAs of Congress for their alleged connivance with RSS for helping BJP to form government in Delhi.

Mr. Khan had got the posters posted on walls in Jamia Nagar area in which he had given a call to people to gherao the homes of MLAs Asif Mohammad Khan, Mateen Ahmed and Ahmed Hasan.

In a facebook post at 1 pm today, Amanatullah Khan said: “I have been arrested today for criticising Asif Mohammad Khan and have been kept at New Friends Colony police station. The police will produce me in Saket court around 2 pm.”